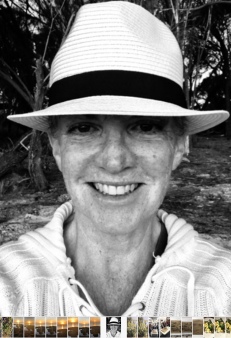 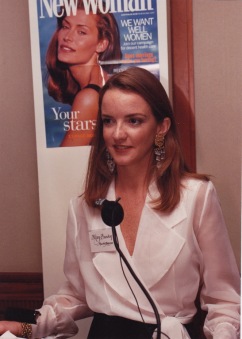 Hilary Burden is a British/Australian author, journalist, writer and former ABC broadcaster. She is currently a columnist for the quarterly magazine Forty South Tasmania; a long-running columnist/contributor for Country Style magazine; and, a former columnist for Tas Weekend (The Mercury).

Born in Bristol, UK, Hilary’s family emigrated to Derby, Tasmania when she was six years old. Her love for the northeast country was first formed travelling with her GP father on his doctor’s rounds to remote places.  Hilary graduated from UTAS in English and Politics and began her career in TV journalism in Hobart. She moved to Sydney and was a staff writer at Vogue magazine before heading to the UK. Based in London, she worked as an editor and journalist for leading newspapers and magazines from 1987 to 2004, including as deputy editor at Elle, Sunday Times Style and Cosmopolitan in the UK. She spent a year in Sydney as editor of New Woman (Australia).

Hilary has a Diploma in Gender, Society and Culture from Birkbeck College, London.

She returned to Tasmania in 2004 to live on a smallholding not far from where she grew up. During this time she wrote the popular memoir A Story of Seven Summers – Life in the Nuns’ House, published in 2012 by Allen & Unwin. She co-founded a fresh produce box delivery service, Hilbarn, in 2008 which operated statewide until 2013.

Hilary specialises in writing about nature, food and gardens and frequently collaborates with international garden photographer Claire Takacs. She worked as a roving reporter for the Tasmanian Country Hour, and as a freelance contributor to Gardens Illustrated. She was inaugural writer in residence at Patterdale, John Glover’s former home and studio in Deddington, Tasmania. In 2019 she swapped her acreage in Karoola to travel and spend time with old friends in Europe: her “grey gap year”. Returning to a small block in the low hills of Swansea overlooking Great Oyster Bay, she now writes, while volunteering for Freycinet Marine Rescue and the East Coast Heritage Museum.

Most recently Hilary has contributed to Tasmania-based chef Analiese Gregory’s first cookbook, to be published by Hardie Grant in March 2021.

Hilary’s book 100 Years of The May Shaw: a history of healthcare on the east coast was published in September 2020 to mark the centenary of the east coast health centre named in memory of Nurse May Shaw.